DIASTASIS RECTI……SHOULD WE CLOSE THE GAP OR NOT? 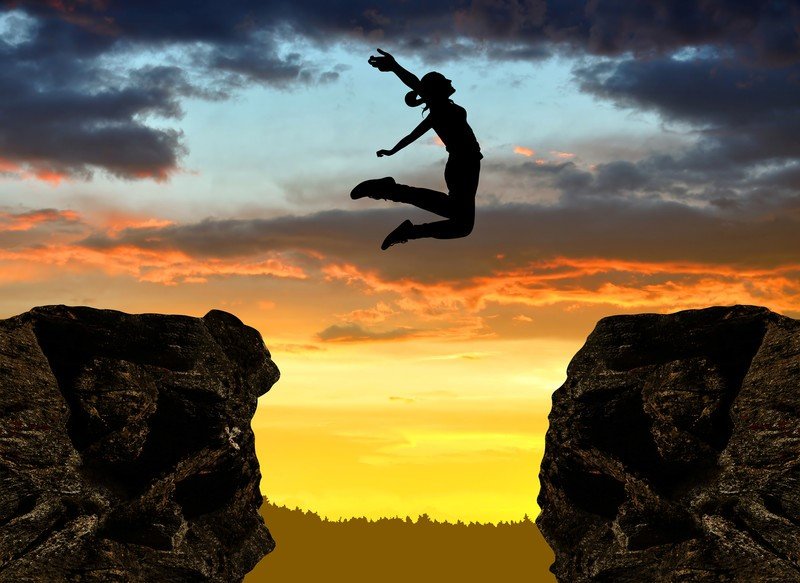 To close or not to close the gap with a diastasis recti has been a hot debate over the years. A diastasis recti can happen to anyone, but is known mostly with women in the pregnancy and postpartum period. It is the separation that occurs between the rectus abdominis muscles that can leave a “gap” or like a dome along the abdominal muscles with certain motions or exercises. Having a gap of more than 2 fingers width distance has been the standard test most health care professionals’ use as a guide of a significant diastasis recti.

When I first started doing women’s health physical therapy 10 years ago the message out there was somewhat gloom and doom to our postpartum clientele. The messages we told our clients were… don’t do sit ups (like ever), no rotational crunches, no jack knives, and roll like a log when you get out of bed versus long sitting. While these activities can be known to limit one’s ability to control the amount of intra-abdominal pressure, therefore making a diastasis recti potentially “worse”, the words we were using instilled fear of almost any movement at all.

I admit we still have to be aware of certain things to help with the recovery process, like avoiding postures or exercise strategies that could contribute to more intra-abdominal pressure that could exceed tissue capability. The inability to control the intra-abdominal pressure can lead to the doming or “pooch” along the abdominal muscles. This not only worsens the appearance of the abdomen, but can make it less effective for transferring loads across our abdominal region. This in turn could affect your performance, whether it’s causing more strain when you lift your child, or lack of support or strength while lifting weights at the gym.

Social media is starting to run amok with professionals claiming to have all the answers, but how can we REALLY know who to believe, or put our trust in to give us the right advice??

So what do I rely on with my patients to ensure they are being guided the best way? Good old evidence- based research!

Now with that being said, I recognize there is no “one way” for all, no cook book recipe. Everyone will have a unique experience in the postpartum recovery process, getting them back to what they love doing safely….

Let’s see what some research out there is saying…

One theory that has been around for a number of years and still is today is called the Tupler Technique. This technique attempts to “heal” a diastasis recti by bracing the abdominals, such as placing a sheet criss cross around your waist and as you do a chin tuck (which is a slight sit-up) compressing your abdominal muscles together with the sheet. A cue is given to contract your transverse abdominis by “drawing in your abdominals.”

The theory here is that by “continuously approximating the abdominals, it takes the stretch off the weak muscles and allows them to heal.” (1) The technique also suggests that the transverse abdominis muscle “narrows the gap” when it contracts. In other words, closing the gap here is seen as a big deal.

There is one research article that I found regarding the Tupler technique. One article from 2005 (2) applied this technique with pregnant women. 8 pregnant women did an exercise program for 6 weeks. 10 pregnant women did not exercise. The 8 women were instructed to engage their transverse abdominis while doing a number of exercises. 2 of these exercises involved manually bracing the abdominals while doing a chin tuck and were in a sitting position. Results showed ninety percent of the non-exercising pregnant women exhibited a diastasis recti while only 12.5% of the exercising women had it.

However the research in that article did not compare other women doing other exercises or other techniques. It was also a low number of participants. One might conclude that exercise in itself might be a motivating factor to keep the abdominal muscles engaged, minus whether or not any manual bracing of the abdominals were performed.

Women sometimes ask if there is anything they can do to help prevent a diastasis recti during pregnancy. A study by Da Mota et al (3) measured the width of the diastasis recti in 84 pregnant women at 35 weeks, then 3 more separate times in the postpartum period up to month 6. He found at 35 weeks 100% of pregnant women had a diastasis recti (although it has been debatable if the distance measured was set lower than perhaps other studies) and that at month 6 the prevalence reduced from 100% to 39%. Risk factors during pregnancy that you might correlate with developing a diastasis recti such as weight gain, size of the baby, pre pregnancy body mass index and abdominal circumference found no differences between women with and without a diastasis recti at 6 months postpartum. This means moms shouldn’t blame themselves if they do develop a diastasis, as it’s a thing that just goes along with the gift of being a Mom! However- it’s never too late to make improvements!!

In the Da Mota article while the width of the ‘gap” was measured, the muscle integrity below the linea alba was not. Could that have been used as more of a prediction in regards to recovery?

Diane Lee, a PT who is a pioneer in women’s health, has researched the effect on the transverse abdominis on the diastasis recti. Lee and Hodges research was published in 2016, (4) and shows that contraction of the transverse abdominis does not narrow the gap (as the Tupler technique applies) but in fact prevents it from narrowing. Other researchers support that as well. (3, 5)

Instead of encouraging the muscles to be splinted together as with the Tupler Technique, Lee’s research says for a muscle to get stronger it has to be loaded. When someone does a curl up or a “mini” sit up, the width of linea alba or “gap” along the abdominals becomes smaller, however the linea alba becomes more distorted or “sagged” which does not allow the opportunity for the linea alba to become loaded. This is also important for collagen formation and reorganization for repairing a diastasis recti.  To produce collagen fibers, load must be applied to the tissues as well.

Lee and Hodges findings imply that less narrowing of the gap with a transverse abdominis contraction along with a pelvic floor contraction might improve the ability of the abdomen to accept more force. This is turn would promote more strength while we doing our day to day activities, such as lifting car seats, lifting strollers, etc.

So the theory here is that it’s not the “gap” that matters, but more about the muscle integrity below the gap, and can we maintain that integrity with certain exercises to alleviate symptoms of doming or increased pressure along the abdominals and or the pelvic floor. This is what a women’s health PT will check for with any diastasis recti. When palpating along the linea alba, do we feel more of a “trampoline” feel under our fingers, or do our fingers get lost in the mommy belly a bit. Meaning the less tense the linea alba is, the deeper it can be pushed into the abdominal cavity.

In my practice I follow Diane Lee’s theory. Does that mean binding for some moms is a bad idea? Some people might like the approximation of the muscles or use of a binder in the early postpartum days of rehab to help provide sensory input during their training. However use of a binder or bracing the muscles will want to be discontinued sooner than later so the muscles have a chance to be loaded and reeducated what to do.

• Exercises such as sit ups, planks and burpees are still discouraged in the early postpartum months, however you can return to those activities in time safely.
• We do want to encourage a transverse abdominis/ pelvic floor muscle contraction to help load the linea alba to strengthen our core during exercise
• If we see any signs of doming along the abdominals with exercise or activities, we need to stop and modify that activity.
• It’s OK if the gap does not reduce completely, as the muscle integrity below the gap is more of an indicator of strength and ability to withstand intra-abdominal pressure.
• Binding in the early phase of postpartum recovery is OK, but want to discontinue it sooner than later so the muscles can learn to do their job again
• Moms should never feel any “guilt” or blame themselves for having a diastasis recti. Most pregnant women will have a certain degree of one no matter what!

I also talk about the three P’s with my Moms when they are doing any exercise….. pain, peeing or pressure (which includes pressure either through the abdomen or vaginally.) If any of these are going on, let’s stop and modify what we are doing. This is where the importance of managing the intra-abdominal pressure can come into play. I never say that we can’t do a certain exercise (within reason) but rather let’s modify that move in regards to the 3 P’s while monitoring for any symptoms.

So hopefully that has shed a little light on closing the gap thing!

If you have any questions or would like a free phone consultation, please email me at Camille@indywomenpt.com or call me at 317-689-0073.

I would love to help!